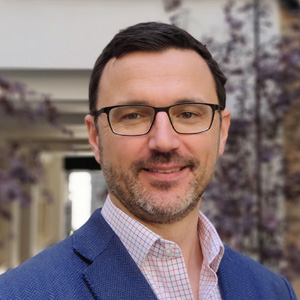 ‘The knowledge that all health is real and lived – whether good or bad – makes it a real honour to do what we do, and to learn from so many inspirational people.’

With expertise in developing strategic, multi-agency partnerships for health, Ed has a wealth of experience in facilitating the engagement of societal leaders in health policy by providing credible and accessible information on health issues.

In recent years Ed has led a range of HPP projects in cardiovascular health, including acting as Network Director for the Heart Failure Policy Network since 2015, a multidisciplinary and Europe-wide collaboration of senior stakeholders.

Before setting up HPP, Ed helped to lead numerous multi-stakeholder research projects in areas including diabetes, person-centred care and stroke prevention. He has published major policy reports – both in the UK and internationally – along with academic papers and several national policy implementation toolkits.

Ed spent several years at the UK Department of Health, where he managed national improvement programmes in integrated care and strategic local partnerships for health and wellbeing. He was also a consultant to the Personal Health Budgets pilot programme. He previously worked at the International Longevity Centre – UK, a registered charity and think-tank on demographic change. He formerly worked as Head of Key Supporters at the Britain in Europe campaign group.

Ed has a BA in Modern Languages from the University of Sheffield. He is fluent in English, French and Spanish.